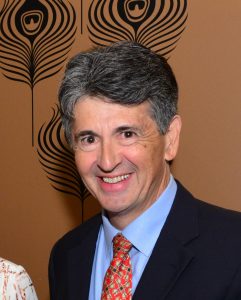 Ray McKenna is a Washington, D.C. based attorney who lives with his wife Shawn, their seven children and two German Shepherds in Alexandria, Virginia. A life-long baseball fan, Ray is founder and president of Catholic Athletes for Christ, a sports ministry that serves professional and collegiate athletes including all major league baseball teams.

Over his 30 year legal career that spans both the government and the private sector, he has served as General Counsel of the General Services Administration from 2001 to 2004, legal counsel for the Chief Administrative Officer of the U.S. House of Representatives from 1995-2001 and as an attorney-advisor at the U.S. Department of Justice in the 1980s.

Prior to “Feeling a Draft,” Ray’s publications have been limited to legal periodicals and theological musings about sports and faith.  He is a member of the Vatican’s Sport at the Service of Humanity Committee and has been involved with sports ministry for over 30 years including volunteer service with Baseball Chapel, the Midtown Youth and Boxing Academy and Athletes and Business Leaders for Kids.