“The players’ dreams of glory are no more compelling than the scouts’ dreams of discovery, of seeing the crystal through the carbon, the future shining through the present.”  ― Kevin Kerrane, author, in Dollar Sign on the Muscle: The World of Baseball Scouting

When a baseball scout sees a prospect, he often actually sees two players; he sees the player before him and another player from his memory bank whom the player at hand calls to mind. In 2014, when scouting legend Stan Zielinski saw Kyle Schwarber hit at Indiana University, in his mind’s eye, he also saw Babe Ruth. Zielinski’s scouting report, filled with references to Ruth, captured the full attention of the Chicago Cubs organization.[1] The fact that Schwarber was a high draft pick who ascended quickly through the Cubs’ system to play a pivotal role in their 2015 World Series Championship season has the makings of legend and lore that would make the Babe himself proud. 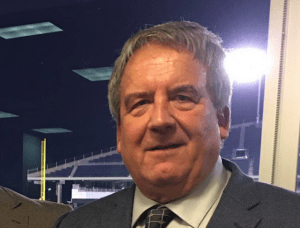 Zielinski’s evaluation of Schwarber provides a prime example of the intuitive or subjective nature of baseball scouting. Most amateur scouts believe they can “feel” whether a player has “the right stuff” to succeed in the big leagues. In contrast to the gut feel of traditional scouts, many observers today believe all aspects of baseball—including amateur scouting—may be understood through the prism of objective criteria, or statistical analysis. Kevin Kerrane probed this divide over 30 years ago in his seminal work on baseball scouting, Dollar Sign on the Muscle, as he examined whether scouting is an art or a science.[2]

Feeling A Draft focuses on the continuing importance of scouts in baseball and most especially examines the vital role these scouts play in evaluating the talent under consideration in major league baseball’s annual amateur player draft. Even in the age of advanced statistical analysis, scouts remain the lifeblood of professional baseball, yet they receive preciously little professional recognition. When they have received recognition, it has often been unduly negative and harsh. As the title, Feeling A Draft, implies, scouting is much more of an art than a science—but based on the results from the first 50 years of the major league draft, one could easily conclude that it is neither an art nor a science but rather an expensive crapshoot.

Baseball was once America’s unrivalled national pastime. It was the game that captivated youngsters like none other. Kids played baseball always and everywhere, from the congested streets of Manhattan to the cornfields of the Midwest and west to the shores of sunny California.  Today, the National Football League has loudly zoomed by Major League Baseball in almost every measureable way. Interest among youngsters has declined precipitously to the point where baseball has been compelled to create a program, “Reviving Baseball in Inner Cities” (RBI), and establish facilities in inner cities devoted to generating greater interest among youths.

Nonetheless, baseball remains extremely popular in the United States, as over 72 million fans paid to attend major league games in 2017. Across the nation, on any given day when there is a full schedule of major league games, an average of 2.4 million fans watch games on television. Beyond overall viewing numbers, baseball still retains the capacity to captivate its most devout fans. The passion and interest of baseball devotees, once manifested by the purchase of trading cards and an obsessive devotion to their favorite teams and players, has matured into a more generic fandom that has led them to become true students of the game. Their curriculum is baseball statistics—mundane stats like batting average, home runs and earned run average, and the newer, more esoteric measures such as On-base Plus Slugging (OPS), Batting Average on Balls In Play (BABIP), Wins Above Replacement (WAR) and Home Run to Fly Ball ratio (HR/FB). [3] More than ever before, these statistically minded baseball fans are committed to learning about player performance.

Of course, these savvy, statistically-oriented fans have not developed in a vacuum. Since the early twenty-first century, team management, and baseball culture as a whole, have come to recognize and employ sabermetrics in new and exciting ways.[4] Today most teams employ high level executives trained in statistical analysis who oversee a cadre of analysts exploring the depths of new sabermetric analysis. The embrace of sabermetrics by both executives and fans can be largely attributed to two factors: (1) the research and writing of author Bill James, who was at the forefront of the use of advanced metrics in baseball; and (2) the discussion generated by the 2003 publication of Michael Lewis’ book Moneyball, which  chronicles the creative and innovative methods of Oakland A’s general manager Billy Beane.[5] As knowledge spread of Beane’s use of sabermetrics to gain competitive advantages over his more well-funded competitors, statistical analysis began to seep into the consciousness of the average fan.

By the time that Moneyball was made into a successful Hollywood motion picture starring Brad Pitt as Beane in 2011, a false and misleading narrative had grown that sabermetrics could and would replace old-time scouting in the selection of amateur players through the annual draft or via international free agency. However, as former Toronto Blue Jays executive Keith Law asserts in his book on the smart statistical analysis of baseball, “the problem with the [narrative] is that it is not true.”[6]

The best organizations employ both scouts and statistical analysts working together to complement each other. Kevin Kerrane underscores the extreme exaggeration of the perceived conflict between quantitative analysis and qualitative scouting.[7] He once debated the supposed conflict with baseball writer Alan Schwarz, author of The Numbers Game. “Neither of us won,” Kerrane says, “because we weren’t talking about the same thing.”[8]

Feeling A Draft aims to present a more complete picture as it examines the performance of scouts in the era of the amateur draft. Scouts are an unusual breed and the “old-time” scouts are, sadly, a dying breed. Stories abound of the hijinks and shenanigans that baseball scouts engaged in prior to the advent of the draft, in the days of “pure free agency.” In those days, scouting was a wild West-like environment where no holds were barred. While most of the old-timers were truly characters—brimming with competitiveness, savvy and enough scouting stories to fill a library—they also were mostly men of great character. Although scouts were relatively poorly compensated for the many hours and miles they logged each year, their work was as much a labor of love as it was their livelihood.

[1] Stan Zielinski worked as a professional baseball scout for 38 years. He began his scouting career with the Chicago White Sox in 1979 and worked for the Montreal Expos and Florida Marlins before joining the Cubs as an area scout in 2001. He was named the Cubs’ scout of the year in 2015. He died in January 2017.

[3] On-base Plus Slugging is the sum of a player’s on-base percentage and his slugging percentage. Batting Average on Balls In Play depicts a player’s batting average when taking into account only the balls that are hit in play, removing from the calculation home runs and strikeouts. Wins Above Replacement measures the number of additional wins that a team achieves by virtue of having a certain player on the team instead of a replacement-level player. Home Run to Fly Ball ratio, applied to both pitchers and batters, shows the percent of fly balls that result in home runs.

[4] “Sabermetrics” is the empirical analysis of baseball, especially focused on statistics that measure in-game activity. At its essence, sabermetrics is the use of statistics in baseball to determine why teams win or lose. The term is derived from the acronym SABR, which stands for the Society for American Baseball Research.

[6]  Keith Law, Smart Baseball: The Story Behind the Old Stats That Are Ruining the Game, the New Ones That Are Running It, and the Right Way to Think About Baseball (New York: HarperCollins Publishers, 2017), 231.