What Scouting is All About 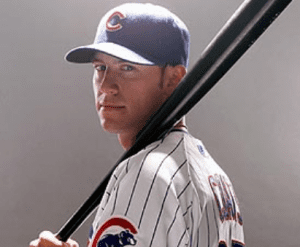 Sam Hughes, an area scout for the Chicago Cubs, liked outfielder Buck Coats from the start. He was not a known commodity; only Hughes had shown any interest. When Hughes visited Coats and his mother he could see that they did not have an easy life… 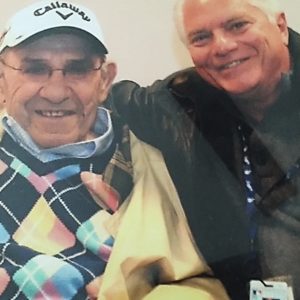 “Dick Young, a sportswriter for the New York Daily News, once encountered an irate Yogi in the Yankee clubhouse. Berra was looking at the boxscore printed in the Daily News for the game played the previous day…” 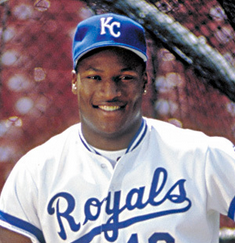 I was in my third year with the Tigers. John Young [scouting director for the Detroit Tigers] said to me, “I want you to go to McAdory High School, right outside of Birmingham, and go see this kid Bo Jackson. I don’t know what he can do, but I know he’s a great athlete…”

We began with intentions of assisting our friend and legendary baseball scout, Al LaMacchia, write his autobiography.  After many enjoyable hours listening to Al recount his sixty-year career in baseball through the prism of a myriad of compelling scouting stories, we began to draft portions of the book for Al’s review.  Our collaboration didn’t get very far, however, as Al began to have some significant doubts about putting in print his very candid conversations and opinions about his many hours of Major League draft room discussions.  As we discussed changes to the book to accommodate Al’s concerns, his health declined significantly and he passed away in September of 2010.

As we mourned Al’s death and shared stories with mutual friends about Al and his many contributions to baseball scouting, we initially were thankful to have had the opportunity to have known Al and to have listened to his stories.  Months later, we began to experience some regret that Al’s scouting stories would not be known and appreciated by a wider audience.  We decided to embark on a different book that would recount some of Al’s legendary stories as well as relate the captivating stories of his contemporaries and the generation of scouts that followed.

After hundreds of hours of interviews with many knowledgeable and generous scouts and other baseball experts, we decided to write a book about scouting during the draft era.   It is our hope that “Feeling A Draft” honors the memory of Al LaMacchia and the many other unsung baseball scouts as it tells the stories behind selection of many of the great players of the draft era.

What Scouting Is All About

Sam Hughes, an area scout for the Chicago Cubs, liked outfielder Buck Coats from the start. Coats played for Valdosta High School in Valdosta, Georgia. He was not a known commodity; only Hughes had shown any interest. But, at six-foot-three and almost 200 pounds, Coats was athletic and well-built. In the days leading up to the 2000 draft, Hughes visited Coats and his mother in their home. Coats told Hughes that he was planning to attend Valdosta State College.

Hughes could see that Coats and his mother did not have an easy life. He tried to be helpful. Hughes told Coats that if he enrolled at Valdosta State, the Cubs would follow his progress and keep him in mind for the draft after his junior year. Another option, the scout suggested, was for Coats to play at a junior college team coached by a friend of Hughes. Hughes also mentioned a third option—if Coats wanted to turn pro, the Cubs could draft him, but Hughes would not be able to offer any more than $37,000.

After meeting with Coats, Hughes drove from Valdosta back to Atlanta. When Hughes got back to Atlanta, he found that Coats had left a voice mail message on Hughes’s landline phone. The message said, “Mr. Hughes, call me as soon as you get this message.” Hughes returned the call. Coats told Hughes, “I want to sign. I wanted to hurry up and call you because I didn’t want you to change your mind. I really wanted to run you down in the parking lot of my apartment.”

The Cubs selected Coats in the 18th round of the 2000 draft. Four days after the draft, he signed for $37,000. Coats made it to the major leagues in 2006.  Though never a household name, he spent parts of three seasons in the majors with the Cubs, Reds and Blue Jays. He hit his only major league home run in his rookie season off Aaron Harang.

Hughes has always felt a special affinity for Coats. He says, “That’s what it is all about—to get a phone call from a kid who didn’t have much in Valdosta, Georgia and who didn’t sign for much and yet grinded his way through our system and then you get that phone call from him and he tells you that he’s been called up to the big leagues. That’s what scouting is all about, finding those diamonds in the rough, the ones who aren’t as sexy as others but you saw something in them and you feel like you, as the scout, are in the same boat with the player and then they make it all the way up.”

"Dick Young, a sportswriter for the New York Daily News, once encountered an irate Yogi in the Yankee clubhouse. Berra was looking at the boxscore printed in the Daily News for the game played the previous day. The boxscore showed Berra as having three hits in four at-bats. In fact, he had hit safely in all four times at the plate. Berra bellowed,

"Dick, I went four for four yesterday." Young tried to calm Berra, saying, "Yog, it's a typographical error." Berra responded with increasing agitation, "No, it wasn't, Dick. I swear it was a clean hit."

-- Quote by Ron Rizzi, long-time scout and Special Assistant to the General Manager of the Washington Nationals.

I was in my third year with the Tigers. John Young [scouting director for the Detroit Tigers] said to me, “I want you to go to McAdory High School, right outside of Birmingham, and go see this kid Bo Jackson. I don’t know what he can do, but I know he’s a great athlete.”

I went into his little high school early in the season. Only one other scout was there. Bo had not been a popular prospect in baseball circles. We got there real early, just the two of us. The coach was hitting ground balls to all these kids. I ask the coach, “Is there a kid named Bo Jackson around here?” I just keep peeking at the gym door and then this stud comes walking out the door and strolling down the hill. I’m thinking, “Man, this is him.”

Bo looks around, picks up his glove, goes out to shortstop where he played in high school and the coach is hitting ground balls. They had a skin infield, hard as a rock. Bo couldn’t catch a cold. He was awful catching ground balls. Coach says, “Anybody out here hasn’t hit yet?” Bo raises his hand.  About six more ground balls bounce off Bo’s shin. He still hasn’t caught a ground ball.

Coach says to Bo, “All right come on in, get a bat.” He doesn’t swing, doesn’t loosen up or anything.  Bo hits this one iron shot into the trees in center field. I start thinking, “Holy cow, this guy’s really something.” Then they played the game. Bo’s team won by a lot. He played shortstop and caught almost every ball hit to him. He lined shots to right field, left field. He hit everything.

It was by far the best athletic display on a baseball field I have ever seen.